According to Joint Admission and Matriculation Board (JAMB), the body has reportedly suspended 17 Computer-Based Centers from registering candidates due to their involvement in several malpractices.

This was disclosed in a bulletin on February 18, 2019, where the body also emphasized that the registration which is scheduled to close on Thursday, February 21, 2019, would not be extended.

The Chairman of JAMB’s Governing Board, Dr Emmanuel Ndukwe said in the bulletin that jamb is regulating the registration of the exam with rules and regulations in order to prevent candidates from extortions by fraudulent CBT centres. 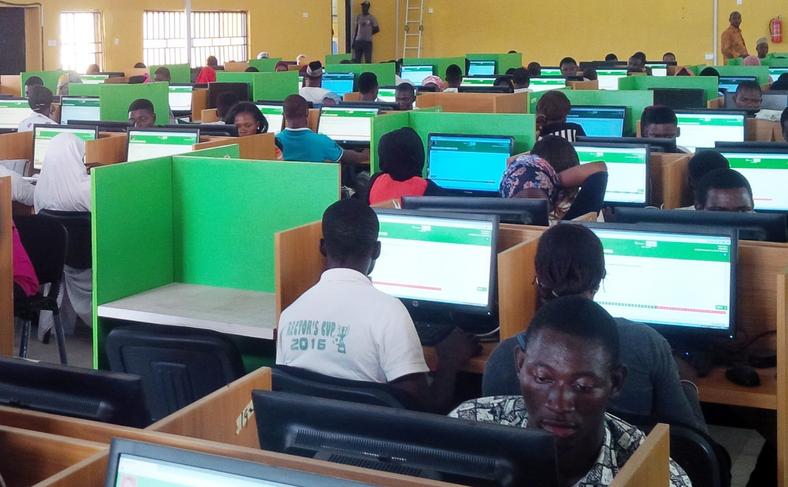 JAMB Candidates in a CBT Centre during registration

Ndukwe said, “The 2019 registration commenced on Thursday, January 10, and is expected to end on Thursday, February 21. There would be no extension of the exercise as the deadline remains sacrosanct.

“To ensure that Nigerians are not exploited or have their data mutilated, the board has regulated the registration exercise so that we may obtain the actual statistics that will reflect the realities on the ground.

“Any centre we find not complying with the ethics of registration will be sanctioned and we believe that this is the way to go in ensuring that the right things are done. All requirements have been defined and agreed upon by the board and centre owners.”

WAEC Result Is Out: How to Check My WASSCE

How to Prepare for JAMB And Gain Admission This Year

Health Jon Renault - December 6, 2019
0
FB Login: As long as you still remember your account login details which are your Facebook Username (or email address or phone number –...

Education Jon Renault - December 5, 2019
0
How do you find the Facebook Help Center | Facebook support group in 2019? It is a forum for the purpose of finding a...

CBT Practice App is your Computer Based Test Educational Website. We provide you with the latest JAMB UTME CBT News and other DIY guides straight from the education industry.
Contact us: contact[at]cbtpracticeapp.com
© CBT Practice App By F8 Republic
MORE STORIES